The wonderful Feast of Corpus Christi was celebrated at St. Joseph’s Residence with joy and enthusiasm this year, on Sunday, June 6. Like the rest of the world, our Residents had been obliged to practice their religious zeal within the solitary confines of their private bedrooms since March of 2020, which had been both a great trial and a fruitful source of grace. Since we have been permitted to slowly resume normal liturgical activities, we really wanted to celebrate Corpus Christi in a spirit of great thanksgiving. After all, “Eucharist” literally means “thanksgiving”! It was a tremendous blessing to “pull all the stops” for a Feast after a long pandemic-imposed hiatus, and we threw our whole heart and imagination into it!

After much planning, we decided to organize it in this way: each of the three floors would prepare an altar for Benediction of the Blessed Sacrament, which was to be carried in procession from the Chapel, to each floor, and then back to the chapel. We took a solid week to work and prepare the decorations and a short prayer service for each station.

After singing a hymn, our chaplain Fr. Rousseau exposed the Blessed Sacrament in the chapel and began the procession throughout the house. A few Residents and Sisters chose to remain in the chapel, where they prayed the Rosary while our Eucharistic Lord visited the rest of the house. Singing “O Sacrament Most Holy” all the while, a small group of devotees accompanied Father to the Second Floor, where the Residents were gathered in their Activities Room, around an altar and a carpet which were decorated with a Marian theme to match the Second Floor, which is named “Our Lady of Lourdes”. The reverent anticipation was palpable as one entered into the space. Once the Monstrance rested on the altar, we rested in silent adoration for a moment, and then Father gave a brief address about the sacrificial nature of our worship that day. We then received the Benediction of the Blessed Sacrament and continued on our way to the Third Floor.

Once more, an impressive group of Residents were gathered in joyful expectation of their Divine Guest. After a moment of silent adoration, some prayers were said in honor of the Sacred Heart, which was on display in the form of an antique marble bust of Christ. This unique piece of art is a family heirloom of one of the Residents on the Third Floor, and she was very proud to see it used in this way. After Benediction, we processed once more to the Fourth Floor.

As soon as the elevators opened, Our Lord in the Blessed Sacrament and all those accompanying Him in procession were greeted with regal banners and flowers. We followed the trail of potted flowers, lit candles, and flower petals to the altar, around which were gathered all the Residents of the Fourth Floor. The altar was richly decorated with an abundance of fresh flower petals arranged very artistically, and a display of bread and grapes. A reading from Scripture was followed by a brief homily by Father Rousseau about the significance of the beautiful decorations, as well as the true meaning of sacrificial offering, which is so perfectly embodied in the Eucharist.

After Benediction, we proceeded onto the last segment of our procession: a return to the Chapel. The Blessed Sacrament in procession was by now accompanied by a rather significant group of people. Once in the chapel, all participated in the remainder of the Rosary which was being recited by those who had remained behind during the procession. Afterwards, a final Benediction was given and a hymn was sung.

It was touching to spend the afternoon in prayer with our Residents in this way, after so much hard preparatory work. Their reverence was inspiring and the whole house was filled with a spirit of peace. It’s hard to imagine that life could get much better than this, but as the saying goes, “All this, and heaven too!” 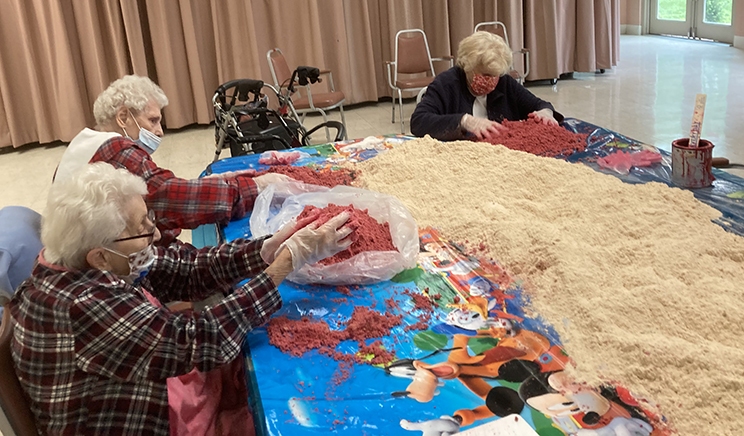 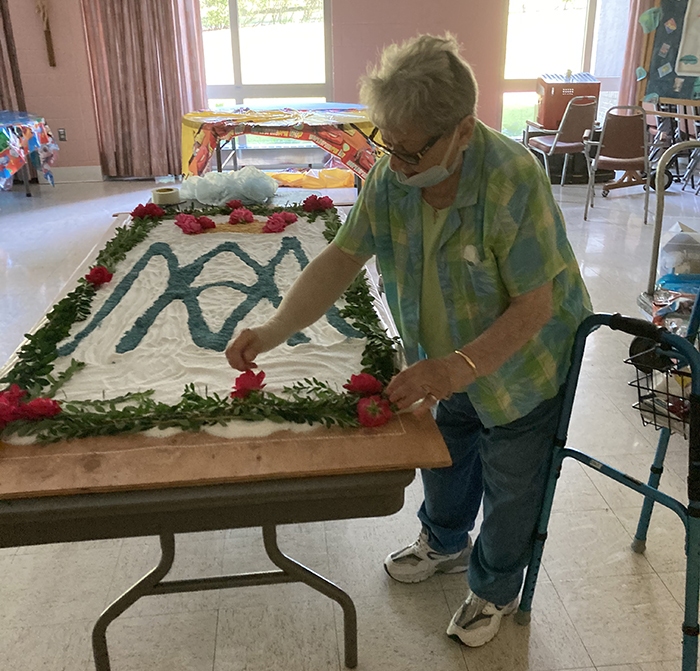 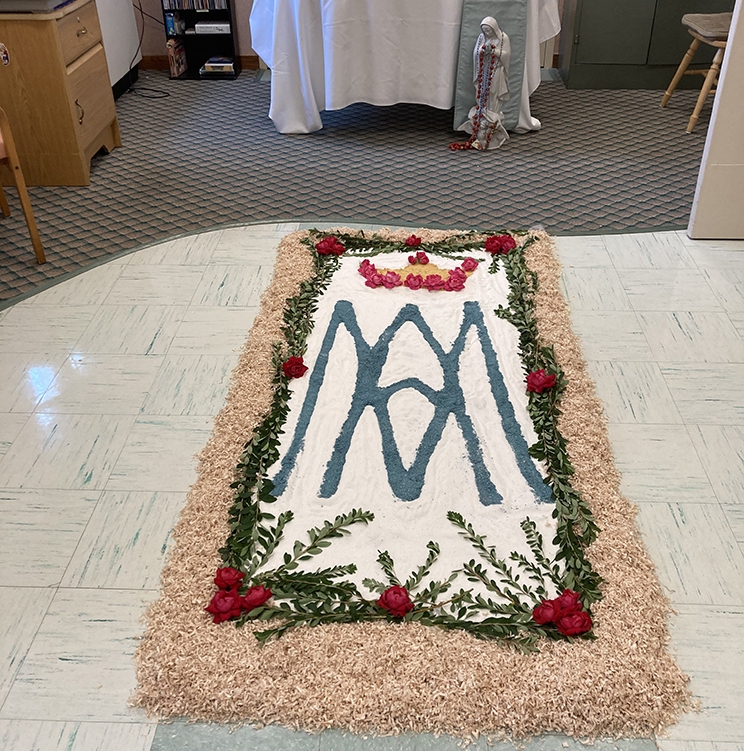 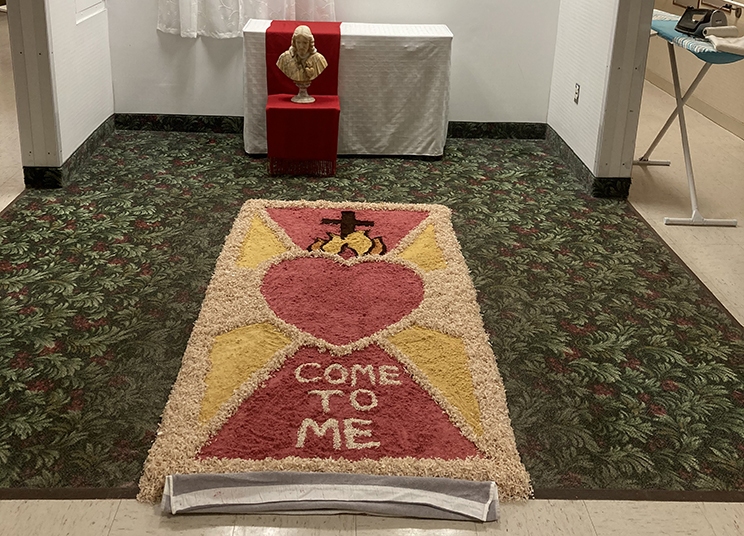