In honor of Mary’s Assumption, we had a twilight rosary.  The statue of Fatima shone beautifully with all the lights around it.  Before the first decade ended, it was dark.  As we said parts of the Rosary the electric lights twinkled brightly as we lifted them high.

Act of Consecration was led by Mother Genevieve and several hymns were sung.  Mother Provincial and Sr. Rosemary were also present after arriving in the afternoon. Mother Provincial brought mosquito bracelets for everyone, knowing that the mosquitos would be out after we had so much rain.

It was a beautiful night to be together and honor Mary. 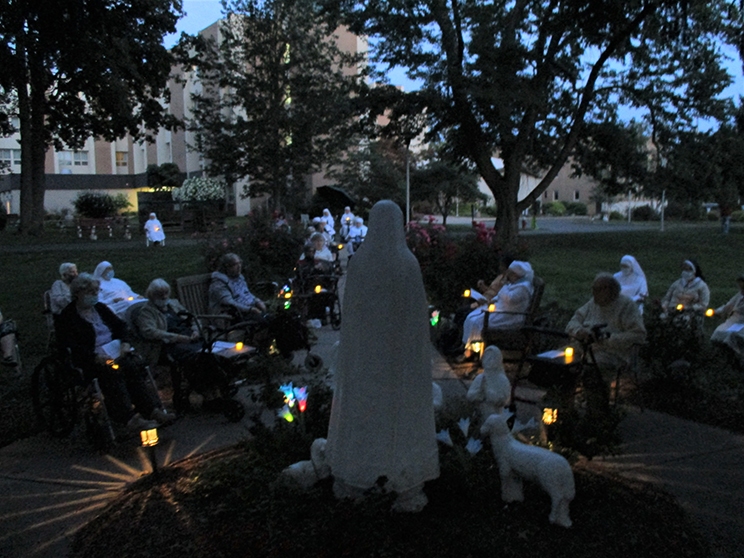 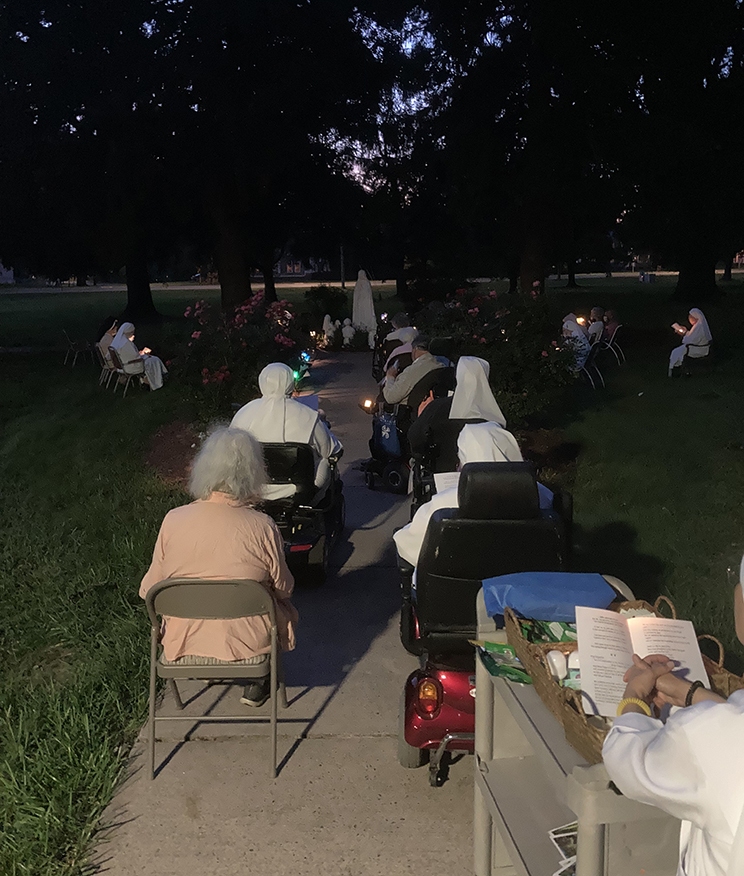 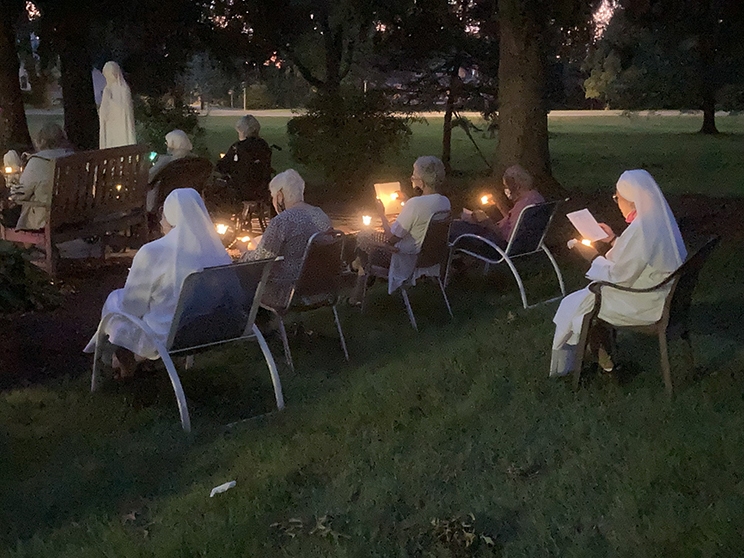 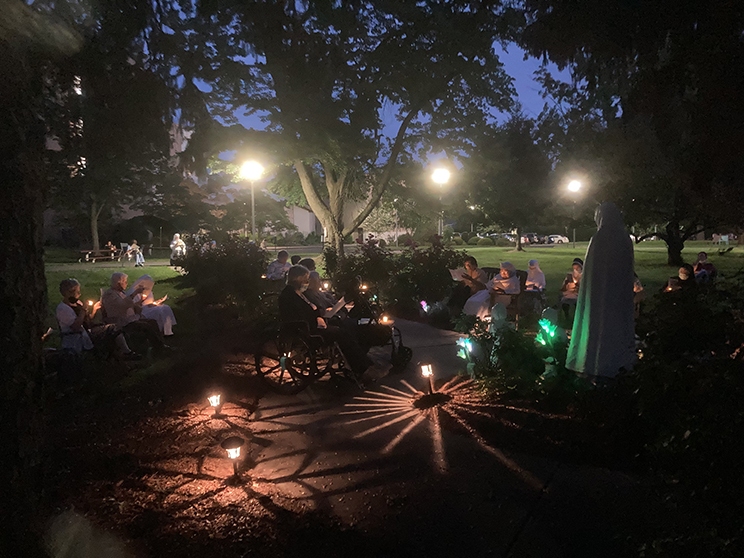